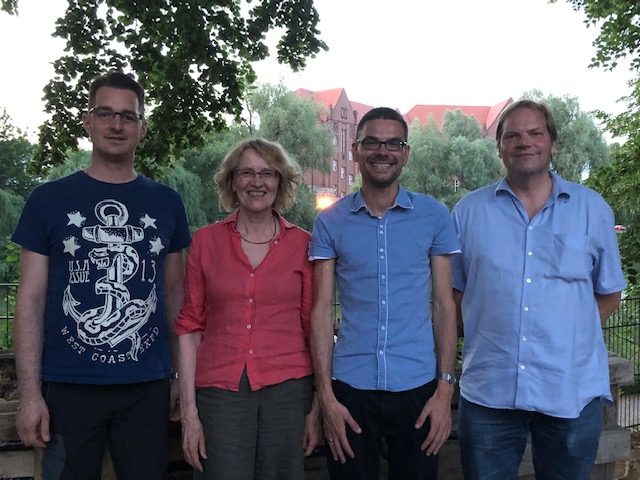 On June 19th, 2019 the membership meeting of Freundeskreis Pankow Ashkelon followed by our little summer party took place in Frei-Zeit-Haus in Weißensee.

At the beginning chairperson Ines Koenen presented the annual report and reported about the activities of the last two years. The 12 club members who were present affirmative took note of her report and the financial report of the treasurer Stefan Krause.

Oskar Lederer thanked Ines Koenen and the other retired chairpersons for their work with the request to continue being active for Freundeskreis Pankow Ashkelon.

The Freundeskreis Pankow – Ashkelon is preparing a traveling exhibition with 10 Roll Ups to the history of town twinning with Ashkelon. The opening will take place at the ceremony of Pankow district authority on the eve event before the Fest an der Panke. Following it will be shown in the town hall Pankow and other municipal facilities to promote the town twinning. In addition, a visit of a delegation from Ashkelon and a performance of Goferberg Choir are in planning.